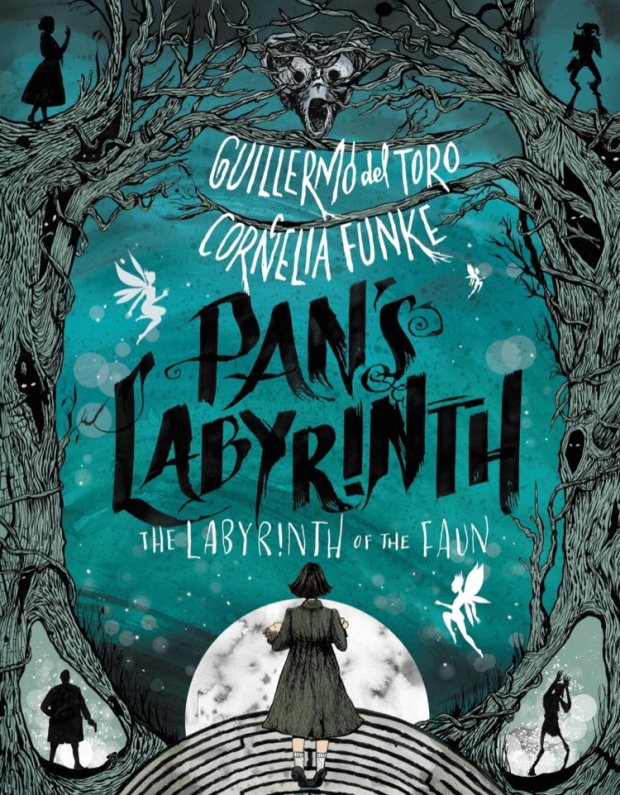 Title: Pan’s Labyrinth: The Labyrinth of the Faun by Guillermo del Toro and Cornelia Funke, narrated by Thom Rivera

Noteworthy: Based on the movie by the same name, Latinx characters, magic, TW for death and a toxic relationship

Fans of dark fairy-tales like The Hazel Wood and The Cruel Prince will relish this atmospheric and absorbing book based on Guillermo del Toro’s critically acclaimed movie.

Oscar winning writer-director Guillermo del Toro and bestselling author Cornelia Funke have come together to transform del Toro’s hit movie Pan’s Labyrinth into an epic and dark fantasy novel for readers of all ages, complete with haunting illustrations and enchanting short stories that flesh out the folklore of this fascinating world.

This spellbinding tale takes readers to a sinister, magical, and war-torn world filled with richly drawn characters like trickster fauns, murderous soldiers, child-eating monsters, courageous rebels, and a long-lost princess hoping to be reunited with her family.

A brilliant collaboration between masterful storytellers that’s not to be missed.

I had high hopes for this one, and the beginning really had me thinking it would surprise me. Let’s start off with my favorite parts of this book:

Thom Rivera. I love this narrator! His voice gives me Tío telling stories at a family party vibes. I fell in love with his narration while reading All The Crooked Saints by Maggie Stiefvater last year. I’m sorry but his is everything and I will never get tired of hearing him.

Unfortunately, Thom Rivera was the best and only aspect of this book I truly enjoyed.

The Plot. It was a quick start, which made me very excited to jump into it full force and embrace all the magic and weird that the movie is said to have. It was a fairly intricate plot, with several threads needing to be explained in further depth than we received. The author tried to do too much with too little space and purpose. The direction was there but why everything happened could have been explained in a simpler manner with less distractions.

The Setting. Okay, when the title says “Pan’s Labyrinth” you really think the characters are going to spend at least half the book in the damn labyrinth. The magic and oddity of Pan and his world was only illustrated in maybe a fourth of the book. The rest took place in the human world which honestly bored me to no end. I didn’t care about the politics or trials of humans. I want magic!

“maybe she’d just forgotten how to fly, or maybe she just never learned.”

The Characters. Ophelia was relatable at times but really just…there for most of the book. Same goes for the rest of the characters. There wasn’t anyone memorable. I can’t even say that Pan—the creepy faun— sticks with me because we didn’t see nearly enough of him to feel anything for him. There were so many characters and stories to keep up with that the depth and intentions got lost.

The ending….was incredibly disappointing. That’s all I really need to write about that. Is there an award for the most anticlimactic book on my shelves? Because I’d 100% give it to Pan’s Labyrinth.

Overall, this book fell really flat for me. The only reason it got more than two stars was, you guessed it, Thom Rivera. His voice really reminds me of the narrator from Jane the Virgin and I’m here for it.