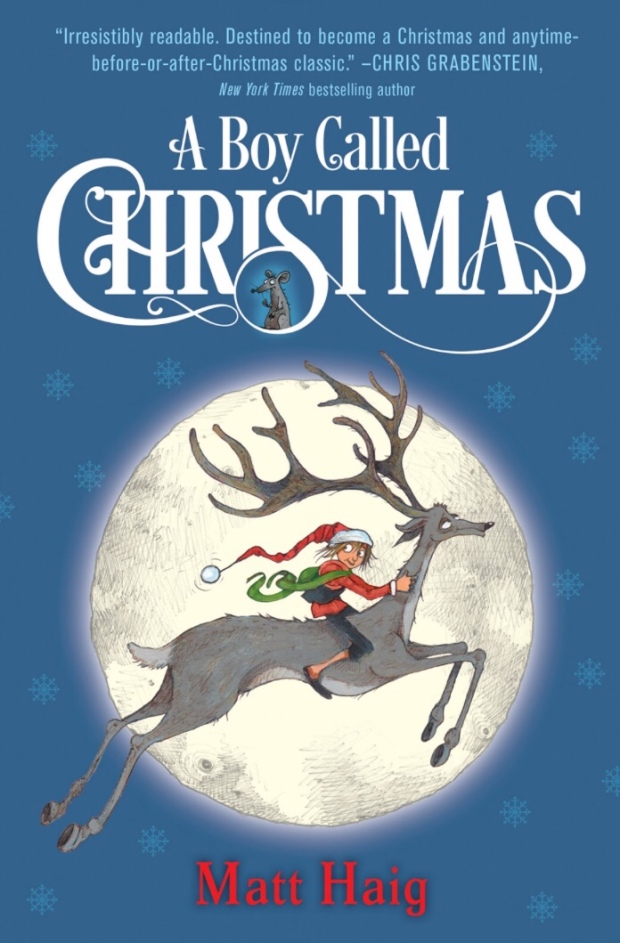 “Eleven-year-old Nikolas—nicknamed ‘Christmas’—has received only one toy in his life: a dill carved out of a turnip. But he’s happy with his turnip doll, because it came from his parents, who love him. Then one day his father goes missing, and Nikolas must travel to the North Pole to save him.

“Along the way, Nikolas befriends a surly reindeer, bests a troublesome troll, and discovers a hidden world of enchantment in the frozen village of Elfhelm. But the elves of Elfhelm face troubles of their own: Christmas spirit and goodwill are at an all-time low, and Nikolas may be the only person who can fix things—if only he can reach his father before it’s too late…”

I rarely read middle grade and when I do, I tend not to like it. The last few have been an exception, and I love the few gems in this genre that I’ve read! This was a bit mature for a middle grade which may have added to my enjoyment of the novel. Overall, I think the audiobook is what sealed the deal for me.

It started out a bit bleak, Nikolas was a very unfortunate child. And while I knew that he was going to end up as Santa Claus, I found myself wondering where this story was going. But the narrator had a nice voice that I associate with Santa Claus and it was a really cute story.

The elves and their swear words (impossible being among the worst swear you could utter) was the best part. It was so undeniably adorable that I had to keep reading, odd as the story was.

I recommend this to:

readers 12 and older. There was a particular head exploding scene that even I was a bit wary of. Anyone who needs a little bit of pure Christmas spirit should also consider adding this to their TBR.